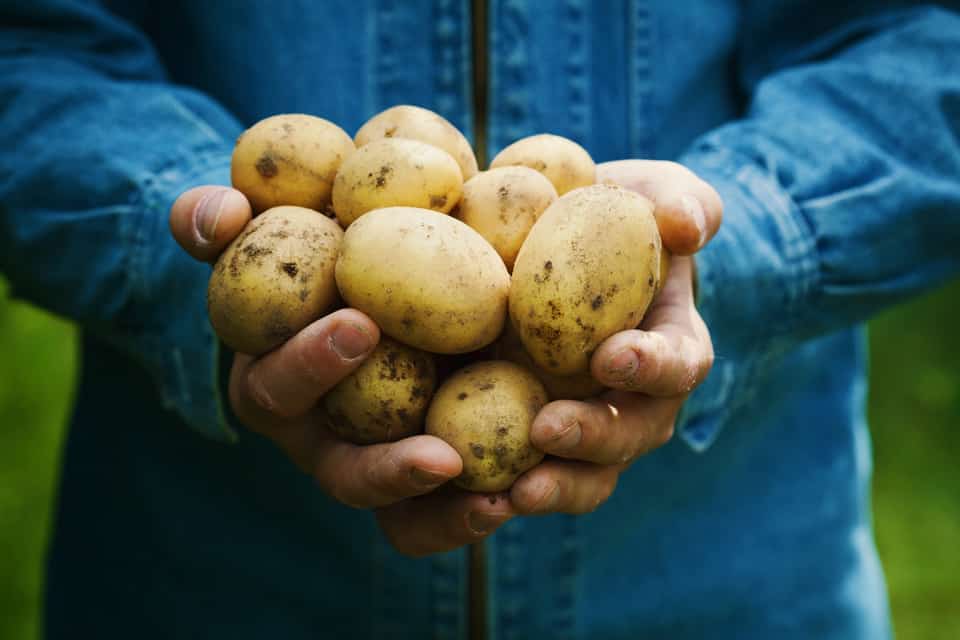 Small Potatoes are a Big Deal for Tasteful Selections®

The Bender clan are potato people. From raising tubers especially for potato chips to the everyday table spud, they are experts in growing America’s most popular root vegetable. Given that, it should come as no surprise that they have revolutionized the way we think about, cook, and consume potatoes. They are the cultivators of the sweetest, creamiest, and arguably the most versatile potatoes of all—the bite-size.

As pioneers of one of the hottest trends to make the plate since macaroni met cheese, the team behind Tasteful Selections® has remained close to the land while innovating. From their roots in Nebraska as chip potato growers to their current position as the leading producer of bite-size taters in the nation from their Arvin, Calif., headquarters, they simply love their work.

“When we were digging potatoes in Nebraska and would take some home for dinner we’d always take the really small ones,” company COO Nathan Bender recalled. Potato growers “test dig” the spuds to determine their set and size, and often dig in the soil to determine moisture levels. During summer grilling season in Nebraska, the potatoes are still small and not yet ready to be turned into chips. “On my birthday we were cooking steaks at my buddy’s cabin, and we didn’t have anything to go with them. I just went to my bucket, grabbed some, and roasted them over the fire with the steaks.”

The little leftovers would turn out to be a huge success for the Benders. After graduating from the University of Nebraska at Lincoln in 2006, Nathan moved to California. His father, Bob, had moved to the state years before to broaden the family’s growing business. “I’d just graduated college and I was just doing sales in San Diego and living life, trying to figure out what I was going to do for my career. Then my dad called.”

The elder Bender learned that very small potatoes were becoming a hit in Europe and found a new direction for his passion. “The light bulb went off,” Nathan said. “We knew what we were going to do. I had always been interested in growing potatoes, and this was something different from growing table stock. Not to minimize those growers, but table stock potato farming has a 0.2% growth rate, so it isn’t as challenging as growing bite-size potatoes.”

In 2007, Nathan moved from San Diego to Bakersfield “That’s the problem when you’re in ag—it’s in your blood. I’ve been offered plusher jobs for a lot more money, but it’s not as exciting. As a farmer, you feel like you’re doing something that’s good. That’s a lot of it. And getting to work with my father was a once in a lifetime opportunity,” he explained.

The Benders didn’t know how to pack, market, or sell potatoes, but they were expert growers. “We knew that if we could get the product in the hands of customers, they would love it, but our challenge was that we didn’t know how to do that,” Nathan admitted. “We really knew there was a business here. We just didn’t have the skill or the time or expertise to go to market.” 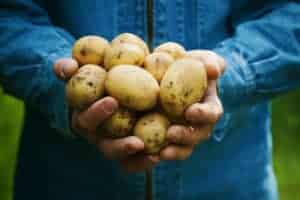 Small Potatoes are a Big Deal for Tasteful Selections® The Bender clan are potato people. From raising tubers especially for potato chips to the everyday